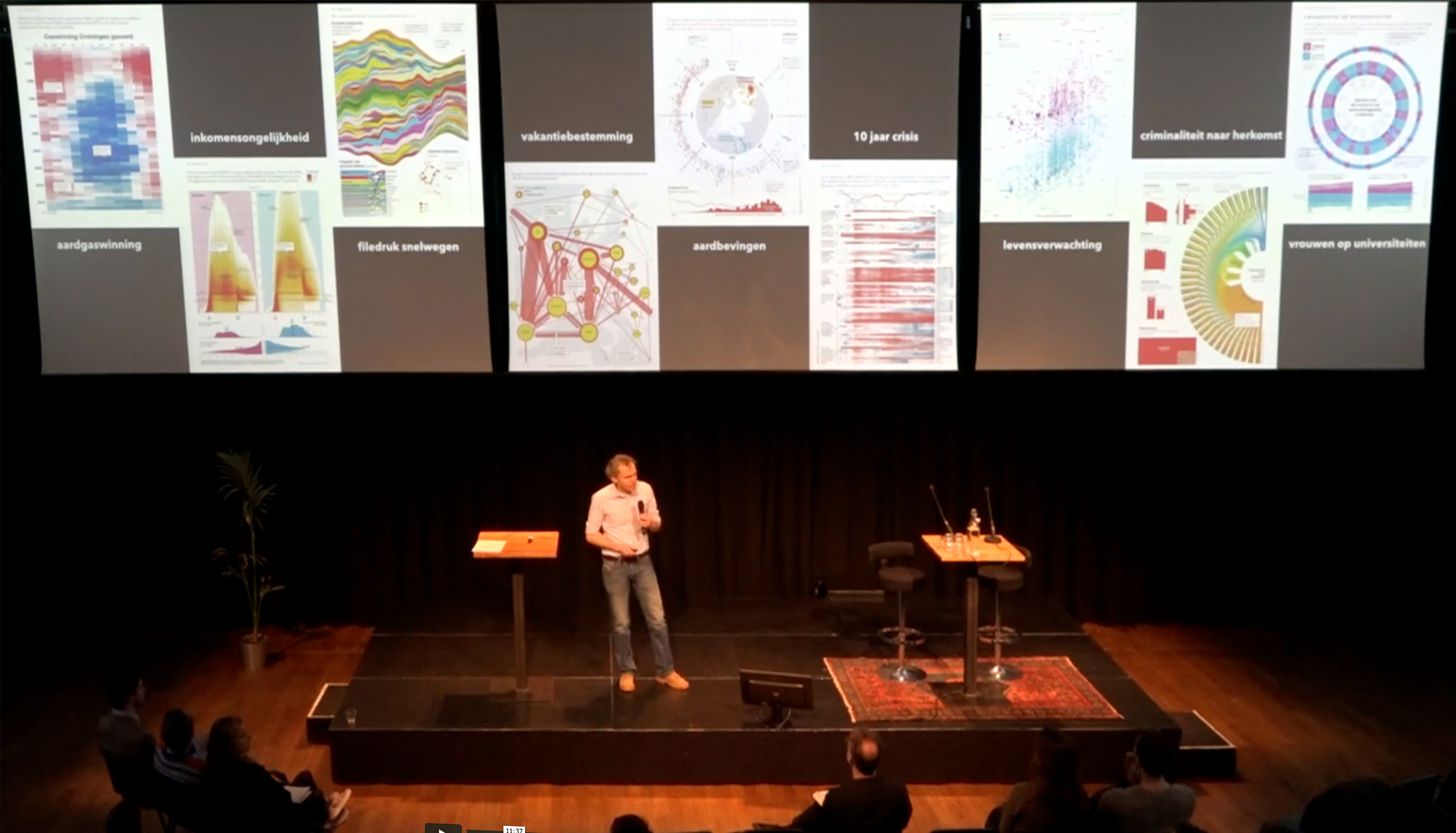 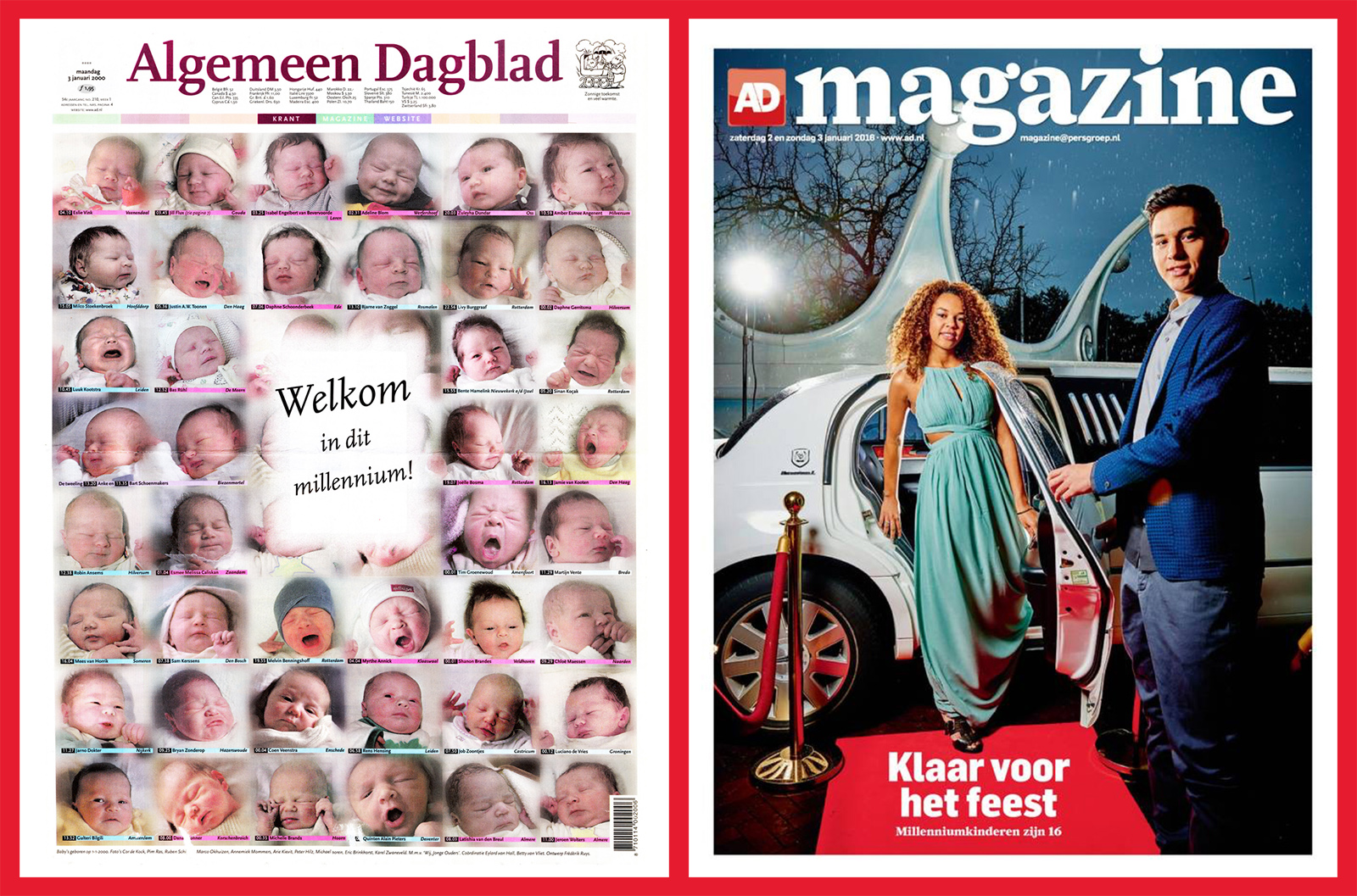 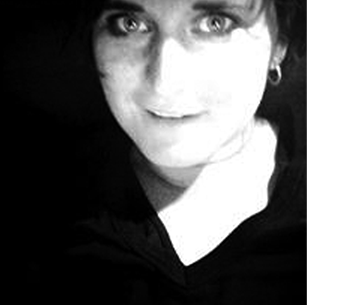 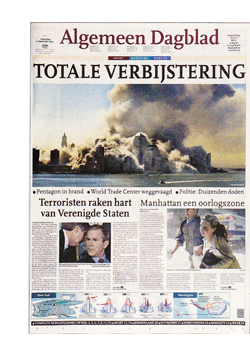 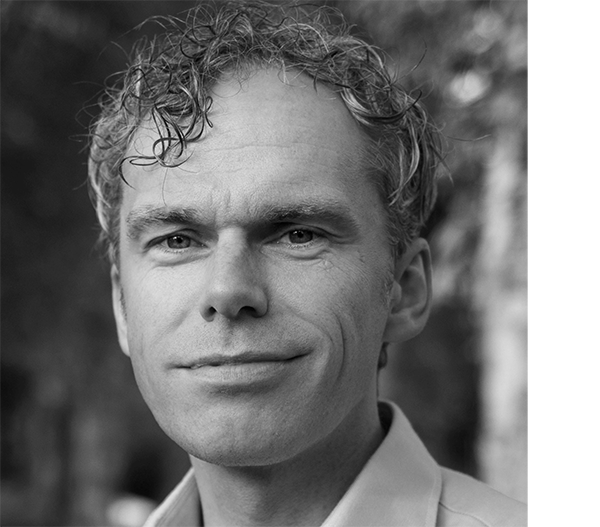 The extremities of European Union 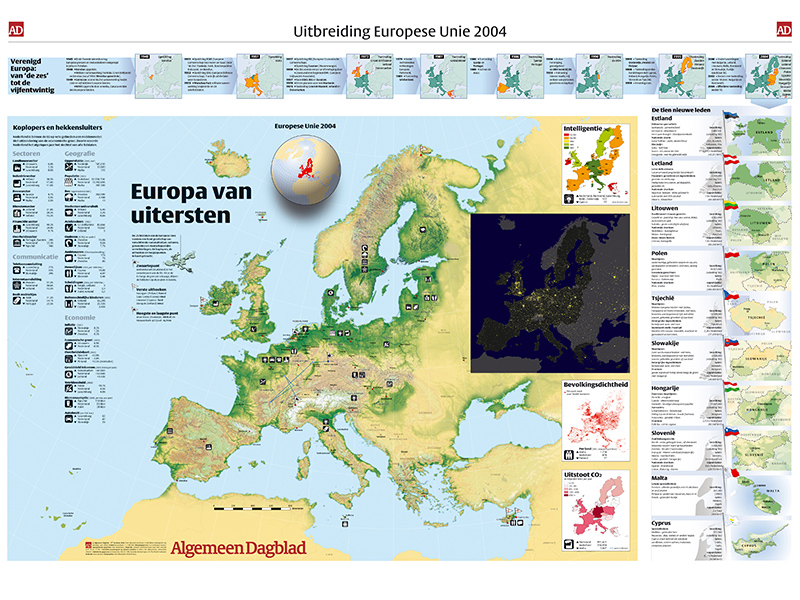 Towards the acceptance of new EU-members in 2004, I worked on a spread for the Dutch daily Algemeen Dagblad about the European Union, showing the differences and similarities of the countries, titled: ‘The Extremities of the EU’. Also we calculated in collaboration with the University of Utrecht how the geographical centre of the EU has moved in the course of time. 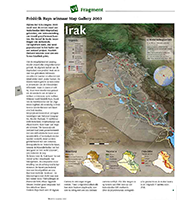 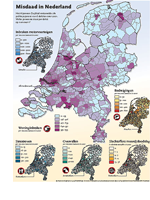