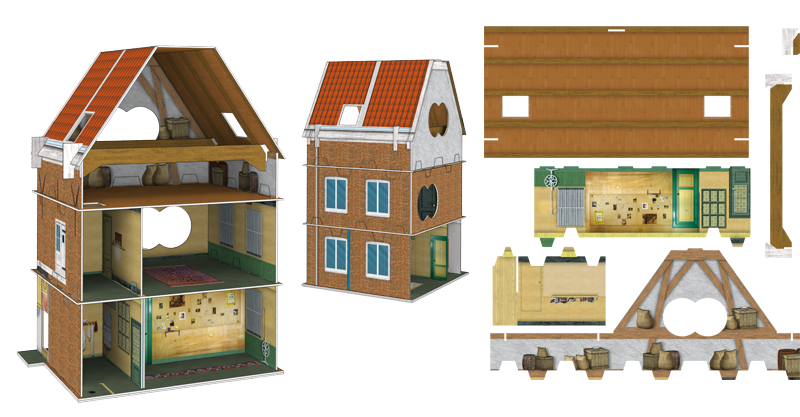 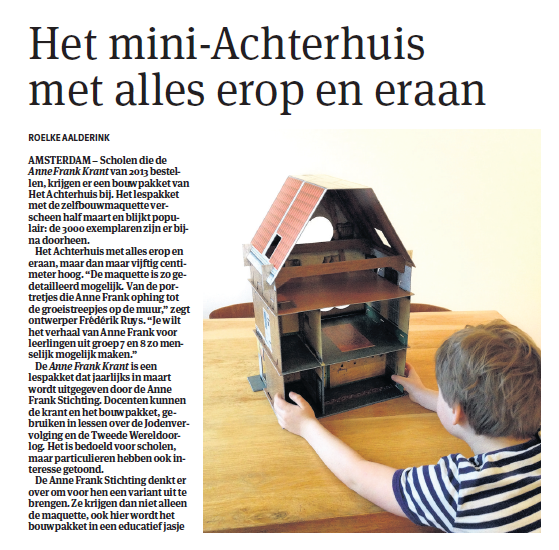 The card board model was cleverly designed by Sybren Terpstra. Unfortunately the box is already sold out, but a reprint is being considered. 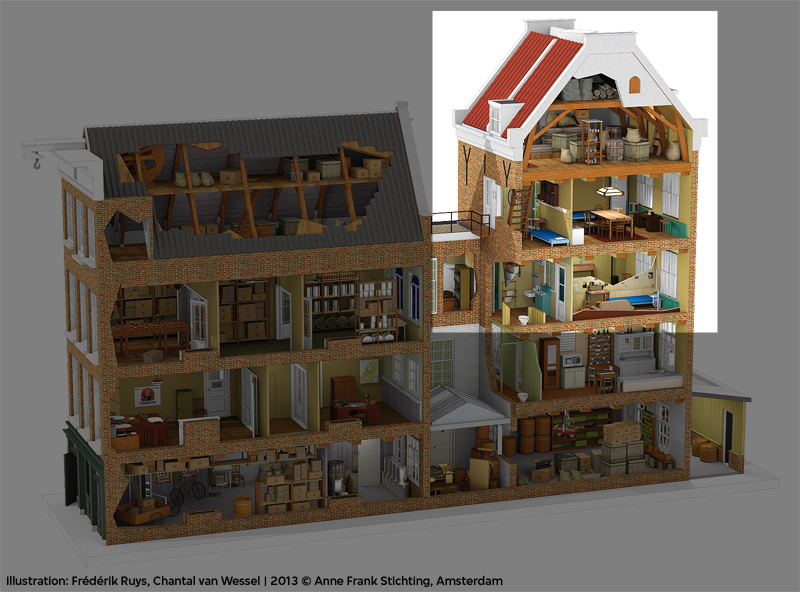 Accurate illustration developed with the researchers of the Anne Frank Foundation in Amsterdam. The box high-lights the secret annex.